Home / About / History of the Library

History of the Library 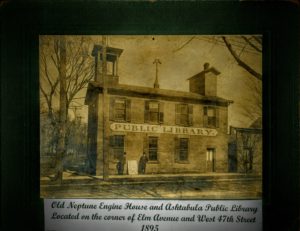 From the February 1902 issue of Library Journal: ‘Ashtabula (O.) P.L. By the will of the late Maria Conklin, of Ashtabula, the entire estate of the testator is bequeathed to “erect and construct in whole or in part a suitable building for the Free Public Library to be known as the “Conklin Library Building.” The value of the estate is not given.’ 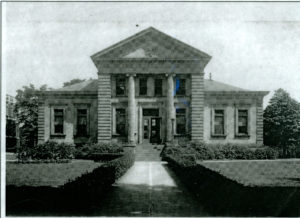 The building located on 44th Street was built in 1903 as the “Carnegie Conklin Library”, with funds both from Maria Conklin’s bequest and from Andrew Carnegie. 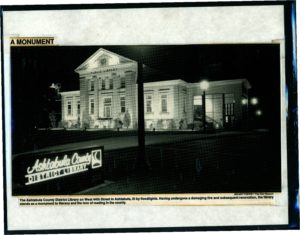 During a million dollar remodeling project, a fire destroyed the second floor.  The library, relocated for eighteen months, received national exposure from a syndicated Chicago columnist, who wrote a column to his readers about the fire.  As a result, over 30,000 books were donated from all over the United States. The renovated building was reopened in March of 1992.

A permanent site for the Geneva Free Public Library was secured in 1910 with funds from Andrew Carnegie and the Platt R. Spencer Memorial Association. Prior to that date, library service for the Geneva area had been housed in several locations around Geneva dating back to approximately 1830.
An addition was added in 1939. In 1955, the Geneva Public Library joined the Ashtabula County District Library system. An elevator and new restrooms were added in 1984. A new addition was added in 1989 to house the County Bookmobile. 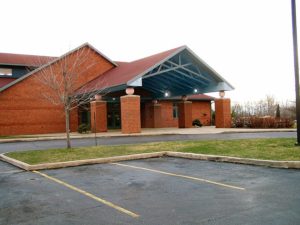 , which passed, in 1993, a levy to automate the eight individual Ashtabula County libraries. The project to automate the Ashtabula and Geneva Libraries was completed in Fall of 1996, and the County Bookmobile was automated in the Summer of 1997.

In 2007, a new Bookmobile hit the roads of Ashtabula County, bringing books, videos, and programs throughout the county. 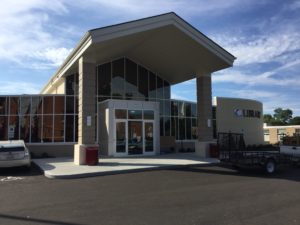